Representatives of our nation live in Tbilisi, Gardabani, Senaki, Zugdidi and Kutaisi as well as in the village of Dzveli Kanda. According to the census of population in 2004 the total number of Assyrians and Chaldeans was approximately 2,400 people. The representatives of our nation, who currently live in Gardabani, came to our country in 1950s of the 20th century from Azerbaijan because their ancestors escaped there from Turkey at the beginning of the 20th century.

Gardabani is an administrative center of Gardabani municipality and is located in the region of Kvemo Kartli, 33 kilometers away from the capital. The population consists of the representatives of other nations as well as the descendants of people who came from Urmia and surrounding villages (Iran). Part of these people are parishioners of Georgian Orthodox Church, and also from the villages of Ruma, Shvata and Bobr, that are located not far from settlement Hertevin (Turkey) and who are parishioners of the Assyrian - Chaldean Catholic Church.

Unfortunately, the number of the population has considerably decreased recently because of immigration caused by high level of unemployment in the country. There is also other serious problem of assimilation with local inhabitants, as a result of which the unique national peculiarities and cultural values are lost. This is the problem of all minority nations who don't have their own country. The situation has improved since the Assyrian-Chaldean Mission In Transcaucasia was founded and since Father Benyamin Beth Yadgar arrival to Georgia on the 3rd of May, 1995.

Initially, the task of the Mission was clarification and dissemination of the teaching of our Lord Jesus Christ but taking into consideration hard economical situation and difficult conditions of citizens of Georgia that time, Chorbishop Benyamin Beth Yadgar with the agreement of Church Council took a decision about extending aims and tasks of the Mission. Humanitarian and educational projects started to be developed as well as religious activities. Active work on three vital for development and integration of our community directions, is still being led by Assyrian-Chaldean Mission in Transcaucasia.

The Assyrian-Chaldean Religious-Cultural center of Mar Shimmon Bar Sabbae was opened in Tbilisi in 2009. The Divine Liturgy is led according to the Chaldean Rite within the center. There is a Sunday school in which such subjects as modern Aramaic language, religious eastern chants, history of religion and catechism are taught. Various events are held, theatre studio and dancing ensemble are also functioning.

Religious-Cultural center in Gardabani will play a great role in consolidation of the community and introduction of people to their native culture as well as it will help our people to integrate into Georgian society. With the opening of the center the immigration to other countries, especially among young generation of Gardabani, will considerably be reduced.

Unfortunately, due to the unstable economic situation and still high level of unemployment, majority of people, especially those who live in small settlements far away from the center, don't have any possibility to be involved into different projects relevantly.

Many economical problems and difficulty of arrival from Gardabani to Tbilisi for all members of the family still exists. Some people are not able to come due to domestic employment (both in working days and on weekends, the villagers have possibility to sell the products of their labor on the market only these days). Many people are not able to come because of their health problems or long- distance intolerance as the Church is located 45 kilometers away from densely populated settlement. Traffic overload is also a great problem as the journey takes about two hours. Due to all above mentioned factors, the decision about construction of the Assyrian-Chaldean Religious-Cultural center in Gardabani was taken.

AIMS AND TASKS OF CENTER

It is planned to carry out spiritual, educational and humanitarian activities in the Center as well as to engage as many children, young people and adults as possible into the projects carried out by Assyrian-Chaldean Catholic Church in Tbilisi. It is also planned to instill love to religious and national traditions of our people, our native language and culture, along with developing creative skills of younger generation and caring out humanitarian and educational projects.

• lessons in the study of the Divine Liturgy and the Chants of the Church of the East;

• delivering the lectures on Biblical themes;

• lessons of history of our nation;

• lectures of invited specialists on various topics such as social, medical, judicial and psychological issues;

• series of thematic events on Christian values for children and youth;

• organization of Art exhibition (drawings of children, art embroidery and so on);

• creation of group to help younger school children in the assimilation of the school curriculum;

• caring out already existed projects on providing needy people, people with restricted abilities, multi-children families and single mothers with groceries, clothes, school supplies and so on. 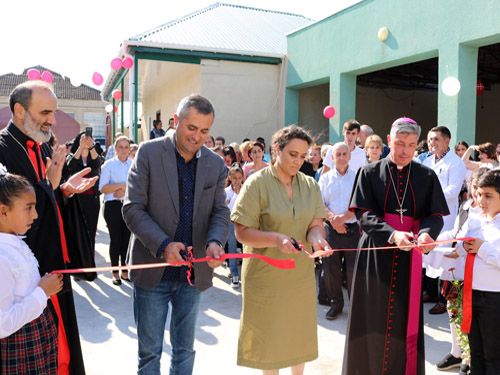 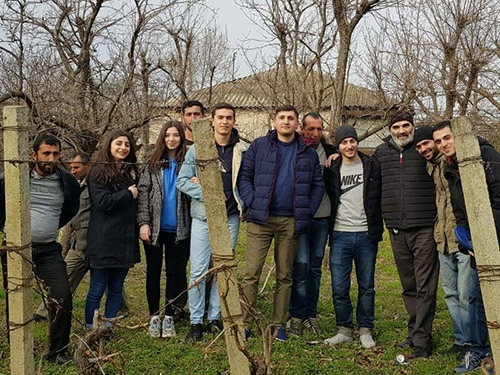 VISIT OF THE CHURCH YOUTH GROUP IN GARDABANI 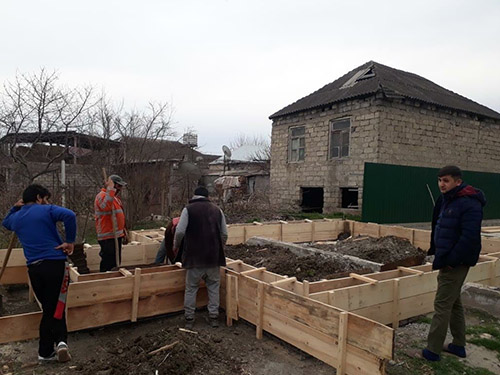